M. S. Fowle will be releasing her new book, The Sire, in January of 2013. Ms. Fowle is a very talented writer and designer, which makes it a distinct pleasure for me to pass along the announcement to you. 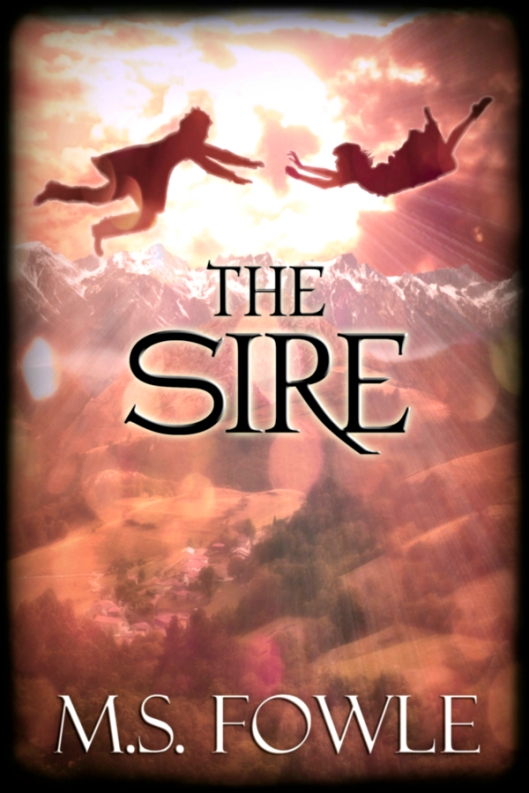 That grabs you, doesn’t it?

You can ooh and aah and discuss which part of the cover you like best later. Right now, you should probably quit gaping at it long enough to find out what this book is all about.

The Sire is a historical urban fantasy novella for teens and young adults, written in Ms. Fowle’s trademark style. A brief summary follows:

Enter a realm of magick mirroring that of Europe in the late 1930s, one illustrating persecution under an authoritarian regime, a girl’s struggle to see beyond prejudice, and a boy’s lack of faith in humanity.

The era jives with jazz and swing, while giant boats sail the sky, and war divides a great land as its king hunts down any with the gifts of magick, the Mages. Claire Royce reached her fifteen years believing Mages only wicked and selfish, but she can’t condone her king’s war. So when she sees his soldiers harassing a hungry street kid, she naturally tries to help the teen boy escape. But her deed only makes her a target. That’s when the boy miraculously comes to her rescue and saves them both with his unmatched powers as a Mage.

As young Walter Tully tries to convince Claire that Mages are not the enemy, the two soon learn that their king’s true intent is to find the most powerful Mage of all: the creator of magick, The Sire. Differences aside, Claire and Walter must find The Sire first or risk the corruption of all magick, as well as the world. They just need to stop arguing long enough to pull it off.

The cover design is her own, so you can see the quality of the work she does. You can bask in the warmth of her art here:

She’s very like-able  and a good friend to have, so I’m sure you’ll want to follow her. You can do that at:

I know you’ll want to thank me for pointing you in her direction, but right now?

I’m ready for some more coffee.